After cosmetic surgery, filler treatments, or even Botox, many doctors recommend their patients take Arnica to prevent bruising.  One study in JAMA Facial Plastic Surgery journal showed that nearly 50% of rhinoplasty surgeons will suggest homeopathic arnica after surgery.  Here in NY I’ve seen my own patients pop an over-the-counter Arnica tablet in their mouth after an injectable cosmetic treatment.  What are they taking?

Arnica Montana is flowering plant also known as wolf’s bane.  It’s not safe for ingestion in its pure form, so most versions you will find in the pharmacy are either topical creams or homeopathic oral preparations.

Is there scientific evidence that Arnica works?

The majority of peer-reviewed articles that examined the effectiveness of homeopathic Arnica Montana after surgical procedures showed no dramatic benefit.  In fact most of them show no benefit.

One study in 2007 in Plastic and Reconstructive Surgery journal looked at 48 rhinoplasty patients and found that Arnica did not reduce bruising.

One study in in 2006 in Archives of Facial Plastic Surgery looked at 29 facelift patients and neither the doctors nor the patients could tell any difference in post facelift surgery bruising when taking A. Montana versus a placebo.

Because Arnica use is so widespread in cosmetic and plastic surgery I conducted an investigation to see if it works.  In 2010, my study included 30 patients who underwent upper eyelid surgery (blepharoplasty).  I approached the largest post-cosmetic surgery homeopathic Arnica manufacturer in the country and they provided the Arnica tablets and identical-appearing placebos.

I published the results in Ophthalmic Plastic and Reconstructive Surgery journal, and my research was funded by a grant awarded by the Cosmetic Surgery Foundation. 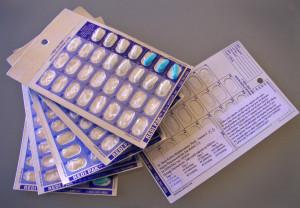 Homeopathic remedies tend to be very safe.  This is because they are so diluted that they don’t contain much active ingredient, if any at all.  The primary principle of homeopathy is that more dilute substances are more effective.  While these over-the-counter preparations fall under the umbrella of FDA jurisdiction, the FDA does not evaluate their effectiveness.

If there is no credible scientific evidence to support the use of homeopathy as a whole, why do doctors and manufacturers readily promote it?  Because homeopathy is a huge multi-billion dollar business. And for the most part, homeopathic “remedies” are safe because they are “watered down” to the point of being empty.  And because its easier for a doctor to give a patient a placebo than to say “there’s nothing I can do for your bruising”.

How you can prevent bruising

The best measures you can take to avoid bruising after a cosmetic surgery or a cosmetic injection is to discontinue medications and supplements that promote bleeding before your surgery.  Before you stop any prescribed medications, you should check with your doctor to make sure it is safe to do so.

For cosmetic injections, including Botox, Dysport, Juvederm, Restylane, and Sculptra, you can ask your doctor if ice is advisable before the procedure.  Cold compresses can temporarily shrink the blood vessels in the area, making them less likely to cause a bruise.  Cannula injections (instead of needles) are used quite often where I practice in NYC, probably because they have been shown to reduce the chance of bruising in certain facial areas and the typical client is averse to any downtime.

Bromelain, a form of pineapple extract is another popular supplement that is meant to reduce bruising.  Like Arnica, there isn’t a great deal of support in the scientific literature for its usefulness, but it probably isn’t harmful either.

3 mistakes to avoid when getting lip filler