What is a superior eyelid sulcus?

The upper eyelid appears hollow, lacking a youthful fullness. The outline of the underlying orbital bone may be visible, and deep shadowing is seen. An excessive amount of upper eyelid platform is exposed and the eyelid crease may be in a higher than normal position or absent altogether.

What causes hollowing of the upper eyelid?

The major issue is a lack of fat. Orbital fat, which is the fat surrounding the eye, usually fills this now sunken space. The bony chamber that contains the eye and the orbital fat can enlarge with age. In this case, the previous amount of orbital fat is not enough to fill the eyelids and hollowing is seen. There can also be fat loss under the eyebrow skin, resulting in a further sunken appearance. Orbital fat loss may be seen with aging (but it can also enlarge), and it may be seen after inflammatory conditions, trauma, with certain medications (including topical prostaglandin drops and steroid injections), and in some medical conditions. Surgery may also cause upper eyelid hollowing such as upper blepharoplasty with fat pad removal.

A hollow upper eyelid with deep shadows and a skeletonized appearance.

How is a sunken eyelid treated? 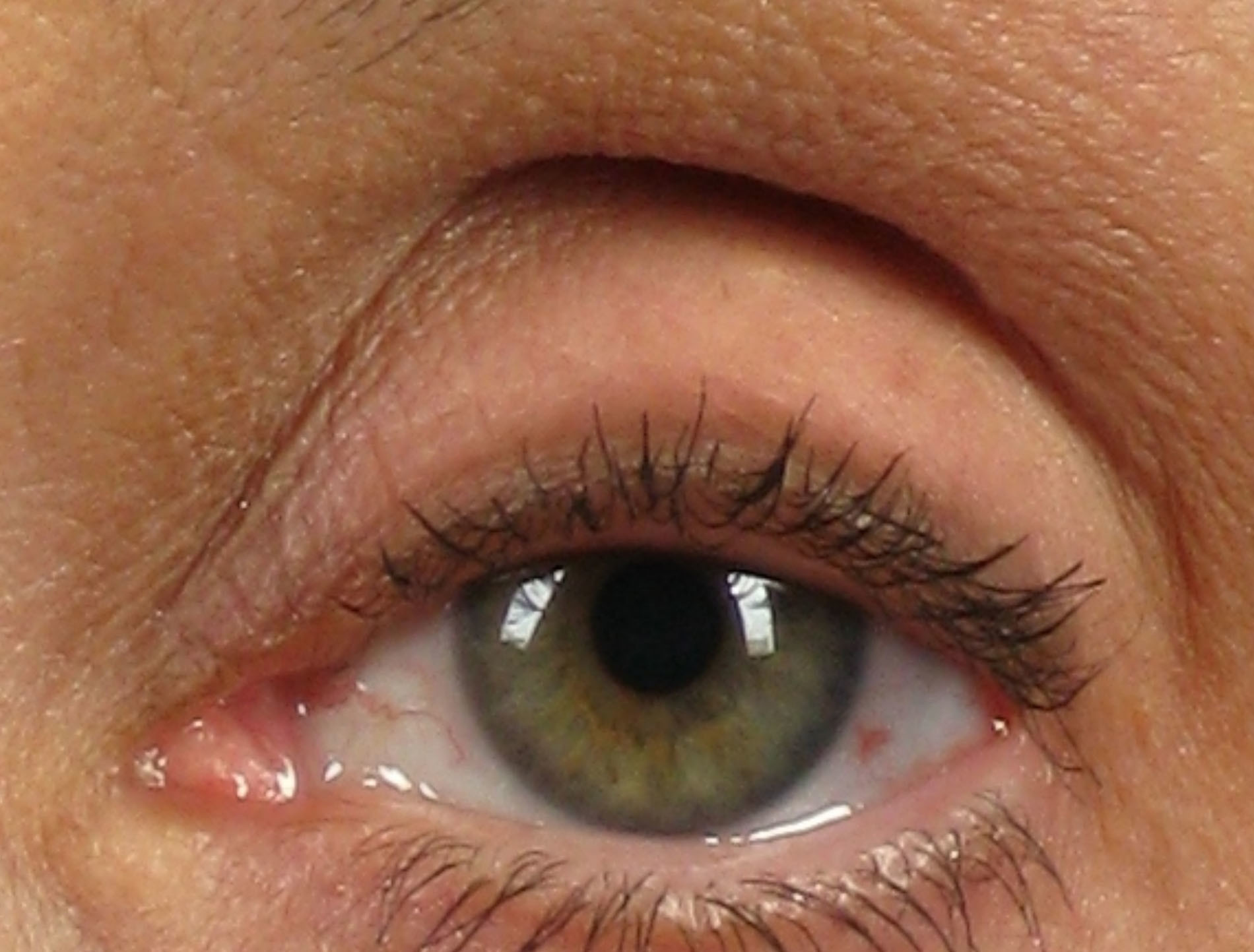